Stephen Ireland started his football career at Cobh Ramblers in his native Ireland at a tender age. The Irish star joined the Ramblers at the age of eight in 1994 and he was at the club for seven years before being snapped up by Premier League side Manchester City. The Citizens signed Stephen Ireland for their youth team in 2001. 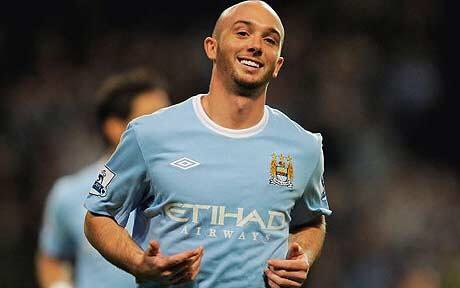 Irishman Stephen Ireland spent four years in the Manchester City youth team before he was promoted to the first team. Ireland was given a spot in the Manchester City first team for the first time in 2005. On the back of his debut for the City first team, Stephen Ireland established himself as a regular. His impressive displays for Manchester City earned him recognition with the Republic of Ireland on the international stage. However, his international career was very brief due to a row with Steve Staunton who was the Republic of Ireland manager at the time.

In the summer’s transfer window in 2010, Stephen Ireland was reluctant to leave Manchester City. The club wanted to use him in a swap deal for James Milner. In the end, Ireland left City for Aston Villa, while Milner joined the club from Villa. The Milner deal from Villa to City was a permanent one just as the Ireland deal from City to Villa.

After a slow start to his Aston Villa career, Stephen Ireland was loaned to Newcastle United where he played just twice before returning to Villa Park. He made a significant improvement to his game upon his return to Aston Villa at the start of the 2011/12 season from his loan spell at Newcastle United and he was rewarded with the Fans’ Player of the Season award. He fell out of favour with Aston Villa manager Paul Lambert and was loaned out to Stoke City at the start of the 2013/14 season. He joined the Potters on a permanent deal at the start of 2014. Stephen Ireland was a Stoke City player until 2018. He then played for Bolton Wanderers briefly before calling time on his professional football career.